Ever wonder how your favorite web-based app gets real-time updates without a page refresh? We wanted to do this for one of our networking products, but there are many ways to go about it. Here's how we ended up at one less well-known solution for building a live-updating web UI.

When we built the Datto Networking Appliance (DNA), we wanted a nice heads-up dashboard experience so our partners could see the current status of their device. The DNA is an edge router with an integrated LTE backup connection, so in addition to simple up/down state for the WAN and LAN interfaces, LTE signal strength is pretty important.

As anyone who has found themselves shouting, "Can you hear me now?!" into their cell phone knows, cellular reception—especially indoors—can be spotty. When a customer is initially setting up a DNA and trying to find that optimal signal, we wanted to give them quick, continuous feedback—quick enough that they can try it in different orientations or locations and see the effect on signal strength in something close to real time.

Since the DNA, like all our networking products, is fully cloud-managed, we had to solve one set of challenges to get that information up to the cloud promptly. But once we had that data, what was the best way to make sure the web dashboard stayed up to date in a user's browser?

This is hardly a unique class of problem and there are many ways to skin the cat. Here's a brief look at some of the options we considered, but ultimately rejected:

The most naive solution would be to have a JavaScript timer triggering a periodic poll of our servers to request the latest status.

Rather than making a request every time we want to check for new data, we could make a request to a web service endpoint that waits to respond until there is new data. Once that happens, we handle the response and then start a new request to wait for the next update + response.

This sort of long polling technique came in a close second. Many of the web apps you know and love (like Gmail) use this technique. However, it wasn’t the best fit for us.

Typically the go-to technology when thinking about live updates for the web, WebSockets provide a way to upgrade an HTTP connection into a two-way, low-level communication channel. This is the stuff used by "real time presence” apps like Slack.

Back in 2013, the HTML5 spec introduced a new technology that has since spent most of its life in the shadow of its bigger, flashier brother WebSockets.

Server-Sent Events (SSE), also called EventSource after the name of the associated JavaScript API, is a simple set of conventions that turn a streaming HTTP connection into a pipeline for continually pushing events from a server to a client app running in a browser.

SSE runs over a plain old HTTP(S) streaming connection, and uses a dedicated MIME type of text/event-stream. Events are sent as plain text in the response body, separated by blank lines, in a defined format reminiscent of HTTP headers.

Our SSE "server" is a simple controller in PHP that handles connection setup and then drops into an event loop:

It's possible we'll switch eventually to Node.js or some other event-driven architecture on the server that will fit even better with the need to react to events, but the simplicity of getting a PHP implementation up and running shows how straightforward SSE is to use.

You may have noticed that our server implementation doesn't use the "event" field defined in the spec to differentiate event types. We found that encoding such event metadata into a compact JSON string in the "data" field instead made it easier to ingest messages on the client. It allows us to register a single event listener on the EventSource that can hand everything off to whatever event bus the client app happens to be using:

With a server-side language like PHP that assumes a traditional stateless request model, execution time limits have to be handled carefully. PHP scripts are not normally allowed to run for an indefinite period of time. Furthermore, if they reach their execution limit, they are killed immediately by the runtime with no chance to perform any cleanup.

If PHP is configured properly, scripts can extend their execution time. We didn't want to apply this naively, though, on the off chance that a bug somewhere within the event loop processing could result in a true infinite loop.

Note: we also made sure that nothing else, like the web server config, was enforcing a max connection lifetime less than our event loop TTL.

Connection timeout behavior (what happens when the connection doesn't receive any events or "heartbeat" comments) is all over the map. One major browser would act as though it still had a valid SSE connection after the host system went to sleep and woke back up, but it was in fact silently dead.

This yielded much more consistent behavior. The polyfill has the advantage of also supporting some non-standard messages like heartbeatTimeout which can be used to configure how it responds to dropped or dead connections.

In spite of the higher popularity and profile of some of the alternatives, we found Server-Sent Events to be a great fit for rapidly standing up an efficient, push-only, multi-event communication channel to a web app, with minimal investment in added infrastructure or code.

Because it's HTTP streaming with a few simple conventions added on top, you can generally leverage what you already know and have. As long as you keep in mind a few potential caveats with long-lived connections and browser inconsistencies, it's possible to be off to the races, pushing near real-time data updates to your web UI, with a minimal amount of investment.

If you're using Server-Sent Events, or you've experimented with it, we would love to hear about how it worked for you! 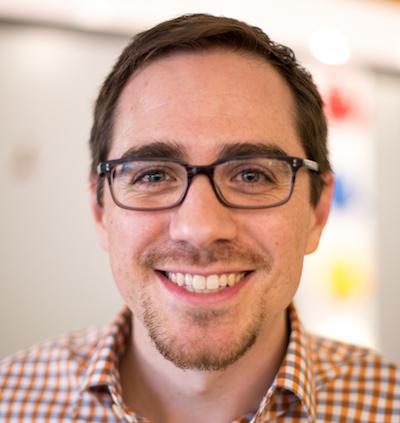 Front-end developer trapped in a full-stack body. Ask me about Objective-C and the coming revival of upstate New York.